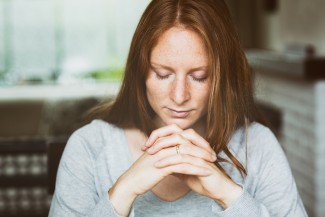 Over a table of steaming hot pizza, a couple of friends and I were discussing some relationship issues I had been going through. My husband and I had a conflict, and although we resolved it, I was still holding on to the past, so I asked my friends for advice. I explained the predicament we were in and immediately sighed, “I know, I just need to let it go.” My friend put down her fork, looked me in the eye and said firmly, “No, you don’t. You need to forgive.” Her wisdom was both refreshing and disarming. Weren’t those two things the same?

As it turns out, no, they really aren’t. “Letting go” is a self-empowered process that includes sweeping something under the rug or trying to tell yourself that the hurt wasn’t really such a big deal after all. But the truth is, some things really are a big deal, and no matter how hard we try, we can’t just brush them off. Sometimes, “letting go” is part of the forgiveness process, but it’s not all of it.

RELATED: Forgiveness as a Source of Renewal

My mom, like all good mothers, used to compel me to say “I’m sorry” or “I forgive you” after a tiff with my younger sister when we were kids. Truth is, most of the time I really wasn’t sorry, and my hardened heart didn’t allow for real reconciliation with my sister. Though I’ve matured in my faith and understanding of forgiveness since childhood, forgiveness can still be so difficult.

It’s not a magical thing to forgive, although sometimes it seems like it. It’s spiritual. True forgiveness is only possible when empowered by the Holy Spirit. As I mulled over the hurts I had been harboring, I realized I hadn’t really taken them to God. I told myself to just get over it, but it wasn’t working. I still felt angry, and I definitely hadn’t forgiven my husband, for real. As my friend reminded me, there was some real work to be done in forgiving. The first step involved realizing how much I had already been forgiven. I know my weaknesses better than anyone else, and if God had been so gracious to forgive me of each and every one, why was I refusing to extend the same grace to others? Surely my attitude toward my husband had been one of arrogance, thinking that my own sins and struggles were not nearly as bad as his.

RELATED: Why Is It So Hard to Forgive?

It was complicated, though, and even with this realization, I wasn’t quite ready to forgive. I had to ask God for the grace to help me choose to have mercy on the shortcomings of my partner, just as God has had mercy on me. He reminded me that Jesus’ death was meant not only to forgive me of sins, but to also make right the sins done against me. He empowered me to forgive. And it unexpectedly benefitted me as well. Though the receivers of grace benefit  spiritually from forgiveness, forgiving is good for us too—numerous studies have shown that refusing to hold grudges actually lowers heart rates, stress levels and blood pressure among a myriad of other health benefits.

My personal journey from anger and hurt to a place of forbearing and forgiving has been incredibly beautiful and freeing—it does feel as though a physical weight, as well as an emotional one, has been lifted. Sometimes, in moments of weakness, I feel myself struggling with the desire to be bitter about the same old things that I’ve already forgiven. It’s in these instances that I remind myself that it’s over and done with, and that these are the times for really letting go. Forgiveness is central to the Story of Jesus—and central to our faith. There is real joy and freedom in learning how to forgive, and “letting go” is only a small part of the process.