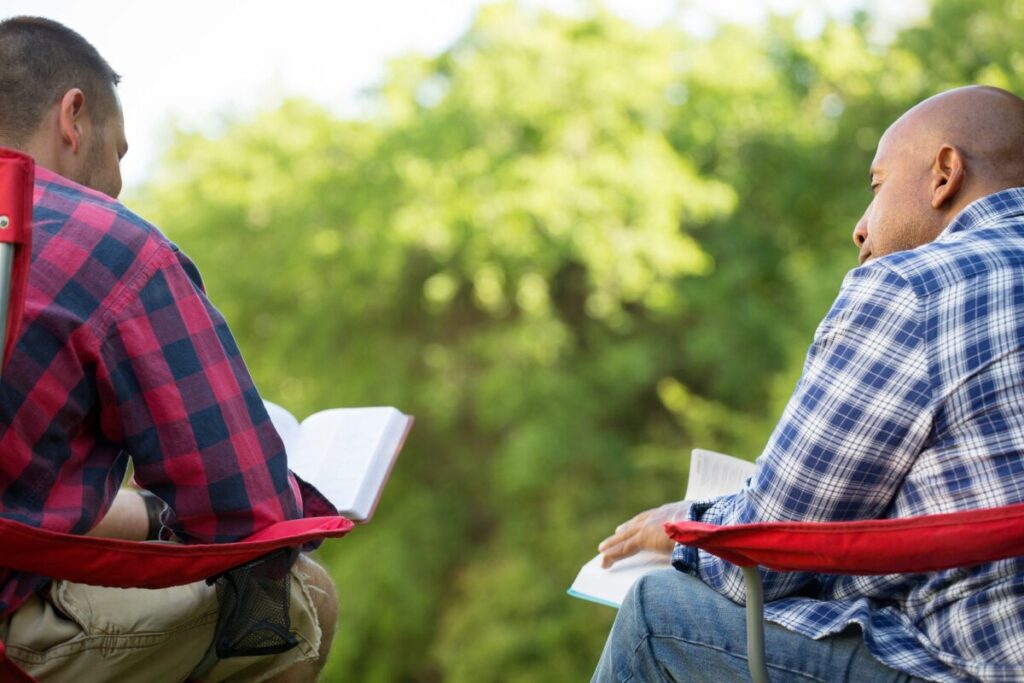 When I first moved to Dallas, I picked up a running habit. There was a trail near my apartment building packed with runners all the time, so I felt like running was just something one did in Dallas. At first, I was terrible at it – barely making it a minute before stopping to catch my breath. I was not a runner, but over time, I settled in to the steady lines up and down the trail. Then, I moved into a new apartment building a couple blocks away from the trail and met my neighbor, Amy. She liked to run too, so we would run most afternoons together. As we ran, we would share a little about our faith.

Amy was active in her Mormon tradition, and I was active in my Catholic tradition. Our faiths had many similarities, but also notable differences. Her excitement for learning about my faith was tangible, and I tried to echo that interest when she shared with me her own. I still remember being fascinated by the Mormon practice of Family Home Evenings, where once a week, every week they would devote time specifically to prayer, instruction in faith, and socializing as a family in addition to their weekly church services. During one run in early February, I explained that I was looking for something to give up for the upcoming Lenten season. She said, “Tell me about Lent. We celebrate Easter, but we do not do Lent. What does it mean to you?”

I was stumped by the question. What does Lent mean to me? At first, I relayed to her the themes of repentance and sacrifice — no meat on Fridays, fasting, almsgiving, etc. As the conversation went on, however, I started to relay something else entirely — the aspects of Lent that renewed and strengthened community.

I told her about Stations of the Cross evenings where you could find a group of people following Christ’s journey to the cross under the dim lights of a darkened Catholic church. “Many of these Stations of the Cross evenings are followed by a communal fish fry,” I shared. “Then, the quiet solemnity of the prayer gives way to the chatter of people catching up on each other’s lives.” I even spoke about the solidarity during meatless Friday lunches in my Catholic grade school, when we all pulled out our peanut butter or cheese sandwiches or bought the square cheese pizza from the cafeteria line. “To me, there is a sense in traditions like these, particularly during Lent, that we are all in it together,” I said.

These conversations really changed Lent for me. When I started to think about what Lent actually meant to me, I entered into Lent differently. If Lent really was, to me, a time to be in and build community along the journey of Christ’s suffering and death, then the activities I planned and participated in should reflect that.

RELATED: 25 Great Things You Can Do for Lent

A few years after these conversations, I started to plan Lenten activities for the faculty/staff of my school to come together. I hosted book clubs and a faculty/staff blog where different colleagues reflected on the daily readings and their personal experiences. These opportunities gave me a chance to get to know my colleagues on a deeper level, and begin to build community during what can often be considered a more solitary time of year.

It was clear that my conversations with Amy were also transformative for her. A few weeks after our conversation, Amy told me she was thinking about something she could do during the Lenten season. “I can see how valuable this journey through Lent is to you,” she commented. “I want to try it this year.” Even a few years after Amy moved away, she told me she still considered how the Lenten season could continue to be a connection to our friendship and a part of her journey to Easter.

What does Lent mean to you? Could it be a time to build and strengthen your communities this year? Perhaps this Lenten season, you can start a conversation with someone about what Lent means to you, and discover new ways to engage in Christ’s journey together.