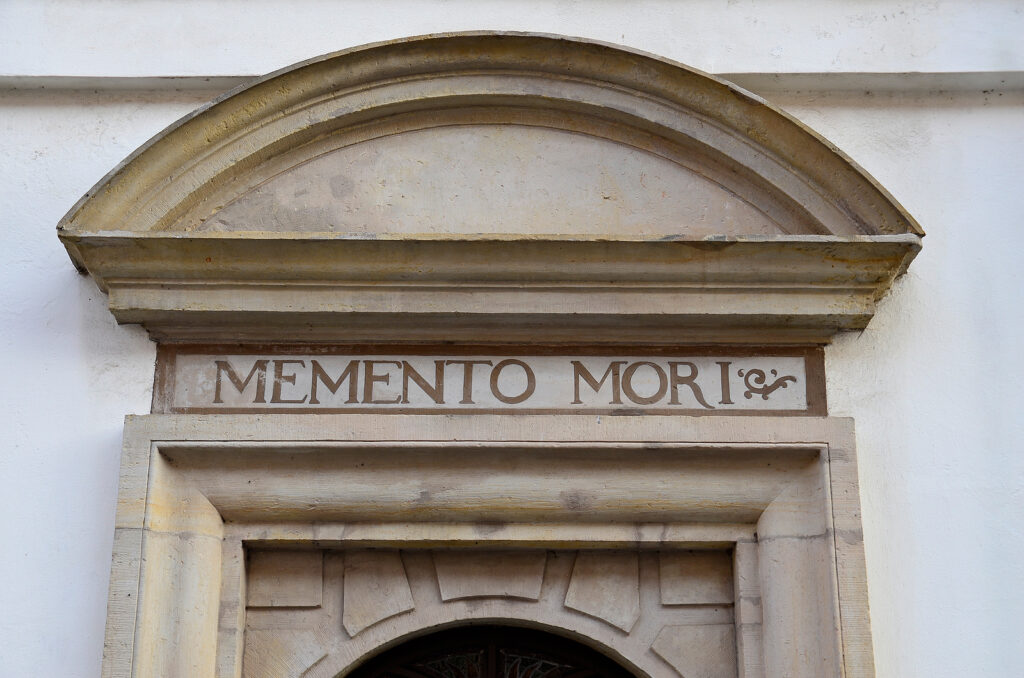 Last year, for Lent, I chose to read Sr. Theresa Aletheia Noble’s “Remember Your Death: Memento Mori” Lenten devotional. After seeing so many positive comments on Twitter from people who had read it, I wanted to try it out. The fear of death is fairly normal and common for most people, myself included. I am a believer that the more you understand something, the less scary it feels.

It turned out to be a pretty significant experience since 2020 became something of a fear-year  with all of us navigating new waters filled with so much uncertainty and sadness. While some of my friends and family were genuinely terrified of falling ill or dying, I found myself floating in a weird in-between. I didn’t want to get sick because I didn’t want my family to get sick, and there is nothing more miserable than having to take care of kids who run on full energy while you feel terrible.

RELATED: How Becoming More Comfortable With Death Helps Me Live a Fuller Life

But I wasn’t worried about dying because, well, it’s going to happen when it happens. You can wear a mask and debate whether it’s efficient until the cows come home, but that mask won’t help you if you get hit by a bus. Or by a cow coming home.

My point is — we don’t know when we’re going to die.

Now, it is not my intention to downplay the very real illnesses of life and losses that many, many people face every single day (pandemic or not). I’m simply saying that death does come at a time of God’s choosing, and in a way we don’t know.

“Memento Mori” is Latin for “Remember you’ll die.” Sr. Theresa’s book, in particular, is aimed at helping you focus on the perspective of an eventual death, but in a very supportive and positive way. This helped me understand that the scarier challenges of 2020 are a reminder that we aren’t meant only for this world. One day, we go to the next world, and if we keep our eye on the prize (God) and live the way he asks us to, we can be less scared about death, because it’s certainly not the end of the story.

Here are the most important takeaways for me from the devotional:

I’m only about five years into really knowing and practicing my faith, so, if you’re like me, it’s possible you also lived most of your life ignoring the fact that you’ll die. If you’re like me, you may have also been aware that death was real, but chosen to pretend it wasn’t significant.

A good death is all about good perspective.

If you remember that you can die at any moment, you have two options: the first is to completely freak out. This is absolutely unhelpful but fulfills a dramatic element that some folks need to function in life. The second is to accept it and have peace with it. I spent half of my life on the first option. Thankfully, God gives us hope, which helps us move to the second one.

RELATED: How Can I Overcome My Fear of Death?

People do not care to talk about death.

Especially their own. Like, absolutely do NOT like it. So, you can imagine how popular I am these days when I jump at any chance I can to remind people when they aren’t really living. When my kids fight with their siblings, I remind them that their siblings may not be around forever. “How would you feel if something happened to your brother tomorrow and he wasn’t with us anymore? Would you be happy or sad about the things you just said to him today?”

I’ve had people tell me it’s a morbid way of looking at life. I’ve had other people distance themselves from me. Regardless of my perspective, the fact is I will die. You die. Everyone dies.

I’ll be available for parties once social distancing guidelines are over!

Meditating on your own death is a way to see God’s gifts.

I am learning to focus on the areas of each day where God gives me grace. It can be tough to do at first, but I have found ways to use those graces as a motivator in my next day — if I’m blessed with one. Maybe I chose to let something go that was bothering me. Maybe I forgave a friend who said something upsetting. Maybe God showed me joy in something mundane. Ultimately, these graces can be used as tools to help prepare us for a good death. By good death, I don’t mean not dying by tripping over my pant leg while getting dressed. I mean using God’s graces properly in my day. So, if I did die, I’d have that going for me.

RELATED: The Freedom to Die: A Holy Week Reflection

For those of us who came to the pious party late, confession maybe wasn’t our most favorite thing. But when you reflect on your sins and pair it with the idea of dropping dead any minute, you make time.

To sum up, the reasons you should read “Memento Mori” this Lent?

I promise you’ll be so glad you did.

And if you actually do die from tripping over a pant leg while getting dressed, at least you can thank God for the grace of humility.