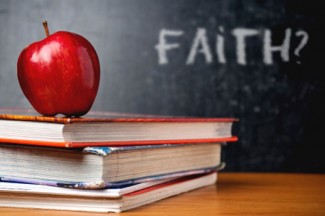 When I made the decision to go to graduate school, I only had two examples to help me anticipate the experience: friends who had gone back to school and Adam Sandler in Billy Madison.

While Billy Madison is certainly entertaining, I dwelled more on the experiences of my friends. One thing was clear: graduate school seemed like undergrad on steroids. I recall undergrad being difficult, but it seemed like this idyllic time in life with perfectly manicured landscapes, late-night dining options, bike racks, and your friends all living just a block away. Sure, there were homework and papers. However, it seemed like a big playground for young, or “emerging,” adults. It was real life, but it wasn’t.

Graduate school seemed altogether different. Many friends chose to get a degree while working, which meant school plus real life, with bills, rent and public transit. I can recall many lunch dates with friends who had dark circles under their eyes, somewhat blank stares, and compulsive coffee-drinking habits. Graduate school seemed intense.

How was I going to do? When I made the decision, I had been out of undergrad for five years. In my last job, I had relished not bringing work home. I watched many addictive television shows. I took walks. I had hobbies. I practiced self-care. Now, I was looking at two years of knowing that at any given moment, I could or should be doing something. Could I still write a paper? Could I still take a test? Did I remember how to study? Midterms? Finals?! It all seemed slightly overwhelming.

When I got to school, I was comforted once I looked around the room. There were students out of undergrad, who clearly knew what they were doing, and older students like me who vacillated between nervous laughter and deer-caught-in-the-headlights expressions.

Luckily, this story has a happy ending. I was told writing papers and taking tests would be sort of like riding a bike: it was hard to get back into the groove at first, and then, it just happened. And yes, I still watch addictive television shows. One has to keep some sense of sanity.

Graduate school was the first time I was attending a secular institution. Furthermore, I entered public health, a field with an agenda that can clash with a Catholic one… It was evident that my classmates and I were not going to agree on the topic of abortion. I knew this without even broaching the subject. However, our class discussions challenged me to get past the tired public debate and have nuanced conversations.

However, a slightly less obvious adjustment for me was one that is probably not readily apparent to my classmates.

All of my life, I have attended Catholic schools. My story is a very typical Midwestern middle-class story of two parents who sacrificed, worked long hours and forewent family vacations in order to send their kids to Catholic schools. From the time I was little, I had known no school environment that didn’t include morning prayer, weekly trips to Mass (taken somewhat reluctantly at times), and plaid skirts — all rounded out with dozens of blurry VHS (even Beta!) tapes of Christmas Pageant and Stations of the Cross footage.

Graduate school was the first time I was attending a secular institution. Furthermore, I entered public health, a field with an agenda that can clash with a Catholic one. I remember the first time I heard someone very openly state her support of abortion clinics and every woman’s access to safe abortion procedures. Knowing I am pro-life, I wondered how I was going to navigate this new environment. Furthermore, how would I be received?

In campus life, I soon realized that faith activities were a part of campus, but that you had to seek them out intentionally. Instead of Sunday Mass being one of the social fixtures of the week, I had to go to masstimes.org and find the Catholic Student Association Mass. Faith also wasn’t a topic of everyday conversation. Again, it was there, but it wasn’t smacking you in the face nor was it considered part of the school’s identity.

I should pause and say that I don’t say any of the above with hostility. I wasn’t indignant during any of these times. I just quietly observed. My new school was, well, simply different. My new home challenged me to think about how I was going to live out my faith life.

Although it was different, I slowly began to grasp the benefits of all of it. It was evident that my classmates and I were not going to agree on the topic of abortion. I knew this without even broaching the subject. However, our class discussions challenged me to get past the tired public debate and have nuanced conversations. I respected my classmates for the common ground we shared: wanting the best for women and mothers in our nation. I never once felt disrespected or even dismissed, and I was happy to repay that by listening and considering the viewpoints of my classmates.

As I went to student organization fairs, it was good to discover the Catholic Student Association, but intriguing to see tables representing other world religions, too. I was delighted to learn more about Judaism, Hinduism and Islam, and I had many moments of awe watching beautiful expressions of each in their religious events on campus.

One high point came in the spring, when I enrolled in a class entitled Religion and Public Health. I felt my worlds collide: my background in studying theology and my current pursuit of public health. What’s more, my classmates came from a variety of religious traditions, experiences of which we shared openly, while discussing how patients, providers and communities all functioned amid the intersection of religion, culture and the healthcare system. My past experiences, my current pursuit, and the diverse experiences and opinions of my classmates were, together, a small slice of my larger graduate school experience.

The way I live out my faith at school this time around falls largely on me, demanding my intentionality, and exposing me to new traditions. I can appreciate my strong foundation of faith from 16 years in Catholic schools and appreciate being in an environment that mirrors the diversity of faiths in our world. Things ended well for me, just like they did for Billy.