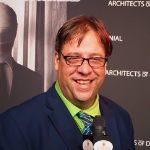 Carl Kozlowski has been a journalist and comedian since the mid-1990s, working for the Chicago Tribune, Chicago Reader, Los Angeles Times, GQ, Esquire, Lifezette, and his main gig as the arts editor and Rotten Tomatoes-approved film critic for Pasadena Weekly. He's also written extensively for Catholic News Agency, Angelus News, and Our Sunday Visitor. As a comedian, he's performed at the nation's top clubs and won the title of America's Funniest Reporter from the Laugh Factory. He can be heard as co-host of the comedic radio show "Man Up" on KRLA 870 AM in LA.

I’ve always been a fan of classic movie musicals like “Singing in the Rain” and “The Sound of Music.” Seeing the actors sing and dance…

I’m a cradle Catholic who’s loved comedy since I discovered David Letterman on his short-lived morning show when I was 9. I continued to watch…